Creators’s block can be a difficult annoyance!
Starting your work with full enjoyment and enthusiasm then find yourself stuck after the first sketch or sentence is infuriating, but what’s even worse is to star at a white sheet of paper for what may seem like an sempiternity, willing ideas to reveal from nowhere.

Even if you have a specific thinking direction or a topic to start with, it can often be seemingly impossible to think of anything worthwhile to visualize or write anything.

Unfortunately, much to everyone’s disappointment, the work isn’t going to create itself.For creatives who create ideas every day, it can be difficult constantly coming up with new thoughts.

The good news, if you’ve hit that creative block, there are many  methods and techniques you can implement to get those creative ideas flowing again.

Below are three of my favorite creative thinking techniques I use. These aren’t just for content creation either, they can be used in almost all aspects of business and daily life.

A creative thinking method developed by Edward de Bono in the early 80s, this famous technique has been already used by businesses all over the world and still in use until now.
These organizations involve putting on a selection of imaginary hats when it comes to problem solving or decision making. Each hat represents a different aspect of thinking.

This creative thinking method can be used in a group or on individuals. You may find yourself ‘putting on’ more than one hat at once.
Wearing the hats will take the ego out of the thinking equation.
They let you think and take decisions on topics in a logical, rational yet creative style.

Mind mapping is the most classic and common method of idea generation; used to be called aka brainstorming or spider diagrams, Mind Mapping never goes out of fashion. It almost feels wrong to go into an advertising agency and not see some form of mind mapping charts on a sketch or on a whiteboard somewhere.
The main key-factor of mind mapping is to take note of every and any idea that comes up. Never neglect any idea, no matter how far or unlogic it may sound. Keep the critical and judgement process for later. Try to generate as many ideas as possible; the more you stimulate the minds, the bigger chance of finding that golden idea.

Beginning in 1946 and still evolving, TRIZwas developed by the Soviet inventor Genrich Altshuller and his colleagues. TRIZ in Russian = Teoriya Resheniya Izobretatelskikh Zadatch or in English, The Theory of Inventive Problem Solving.
However it is not only a method or a Theory – it is a big toolkit and awesome capability to help us to tackle any problem or challenge.
Imagine the systematic study of about two million of the world’s most successful patents, and the structure of a problem solving method which combines those solutions into one method. Now imagine that it exists… What you’re seeing is TRIZ!
The reason you may not have heard of TRIZ before, is that it was initially developed during the former Soviet Union, and no-one outside the Soviet Union had heard of it before the fall of the Berlin Wall.
TRIZ logic require that we afford a clear idea of where we are going, and specify how to get there – as a result of years of Russian research uncovered almost all known solutions to fundamental problems – available to all of us in the famous three TRIZ solution lists and the Effects Database.
TRIZ helps us to keep detail in its position, to be able to see the big picture and avoid to get tripped up with irrelevance or wrong solutions.

There are two tips to remember when you get engaged in creative thinking methods and techniques.

“Excellent is not enough”

Even when you think you’ve reached a great point, push your boundaries a bit further. Don’t be satisfied with the first good solution you reach. Instead – as long as you have the time – try exploring more ideas, or even develop the one that you have further. Take it right to the point of idiocy, and see where that gets you.

“go with the flow”

The most useful outcomes of any creative thinking methods, tools or exercise are the unexpected ones, so don’t squeeze ideas just because they don’t fit straight away. Just let them move for a while and see what happens.

“A flexible mind is the key for creative thinking” 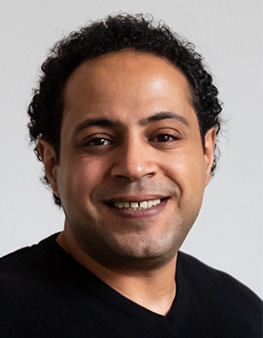